It’s funny how at the time I felt like my life was crashing down on me and now I look back and realize it was just another life lesson and I know I chose the right path.
After selfishly crying I wrote myself a letter about why I needed to quit and what benefits would happen if I did. I knew if I quit my life would be better, I just didn't know HOW much better. I sat down at the computer, opened word, and typed out a long list. I wrote things like
Stop drinking now and be a better parent.
Stop smoking now and rebuild your lungs and get active.
Stop smoking and drinking and you will be able to pay off your dept and save money.
Stop smoking and drinking and be the amazing person you need to be. For Seth, for Tod and for yourself!
I cut out all the motivational statements and taped them on the mirror, in my car and even on my desk at work. I also placed one in my wallet just in case if I had a craving I would see it and think ‘My goals mean more to me than any spur-of-the-moment craving.’
It was so hard. Tod listened to all my bitching and complaining about craving smokes and wanting to go buy booze but he helped me through it. He was so strong and good to me. He was very supportive and would often tell me he was so happy that I choose this life.
I read the Conscious Health by Ron Garner, which honestly changed my life and helped me quit smoking and drinking. It helped me understand the negative effects it had on my body and I did not want wrinkles, bad lungs, and then cancer. No way, not me. Plus liver disease and so much more. Scary stuff!
The very last time I ever drank alcohol was on my stagette in March of 2012. I didn’t' drink enough to get a hangover and I did have a good night dancing with my girlfriends, nothing crazy happened. It was a good last memory of having a drink and I will forever leave it at that. 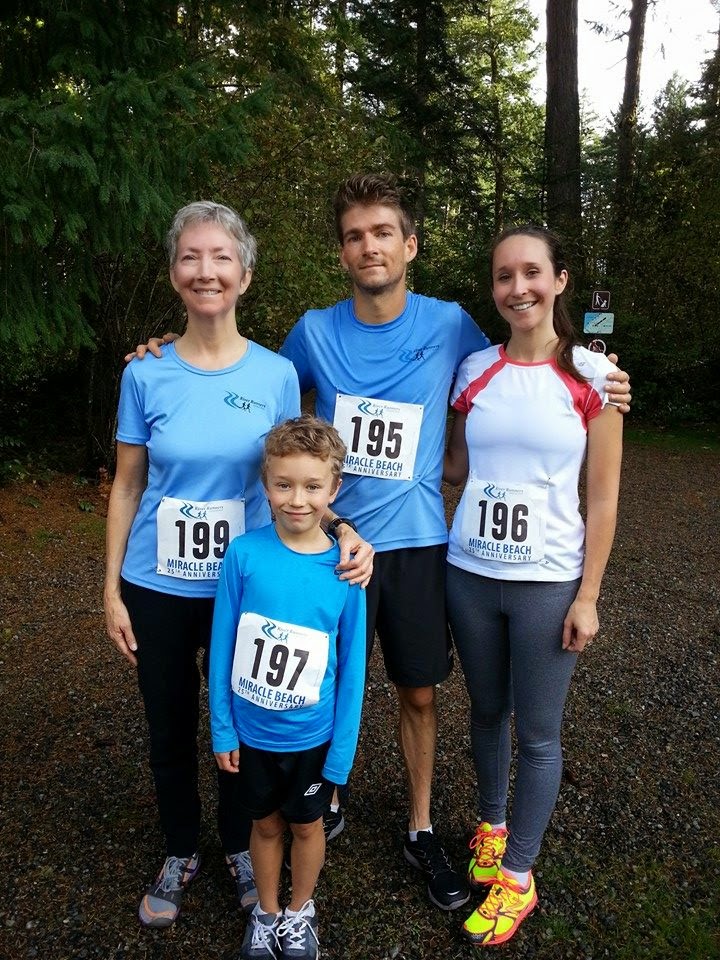 Miracle Beach 5 & 10K race - October 2014
Over the past couple years I will admit that I thought about drinking while I've been out with friends but for some reason I knew I didn't have too. I had already made up my mind out drinking. It was not for me. I felt mature and I did NOT see the point of getting wasted. I didn’t feel 100% comfortable about being in that type of environment and I still don’t. I would prefer to be around sober people.
And now it’s been almost three years. No hungover Saturday and Sunday mornings. No being short tempered with my kid. No barfing. No regrets! No stomach aches and headaches. No drained bank account. No sleepless nights. No making an absolute fool of myself. No acidic body. AND I was proud.
I’m not going to lie Kicking booze was difficult. I thought it was a part of my life. I thought it was part of every one’s life. I never thought about it not being a part of my life. I thought the problems I had were... people effecting me. Not me. But looking back I was naive and selfish. 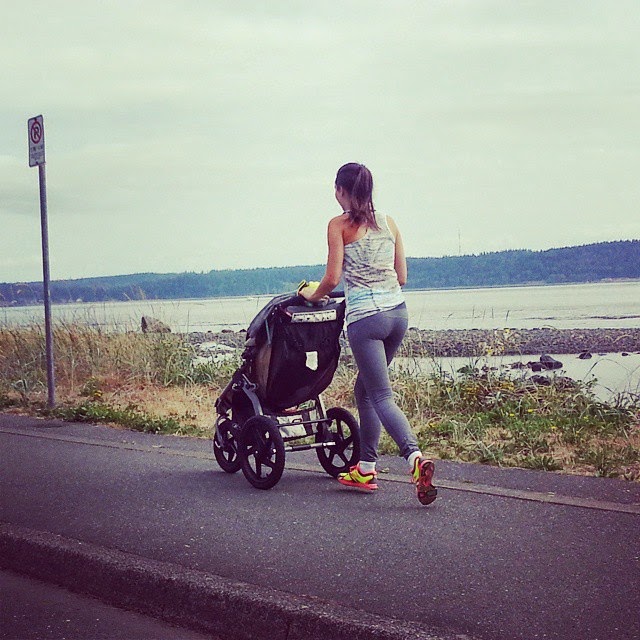 Running on the seawalk with my cutesy - Summer 2014
My advice to anyone who has had any thoughts about quitting drinking - Put the drink down and discover who you really are. You will benefit your life in every aspect.
Things I've discovered about myself since I quit drinking: 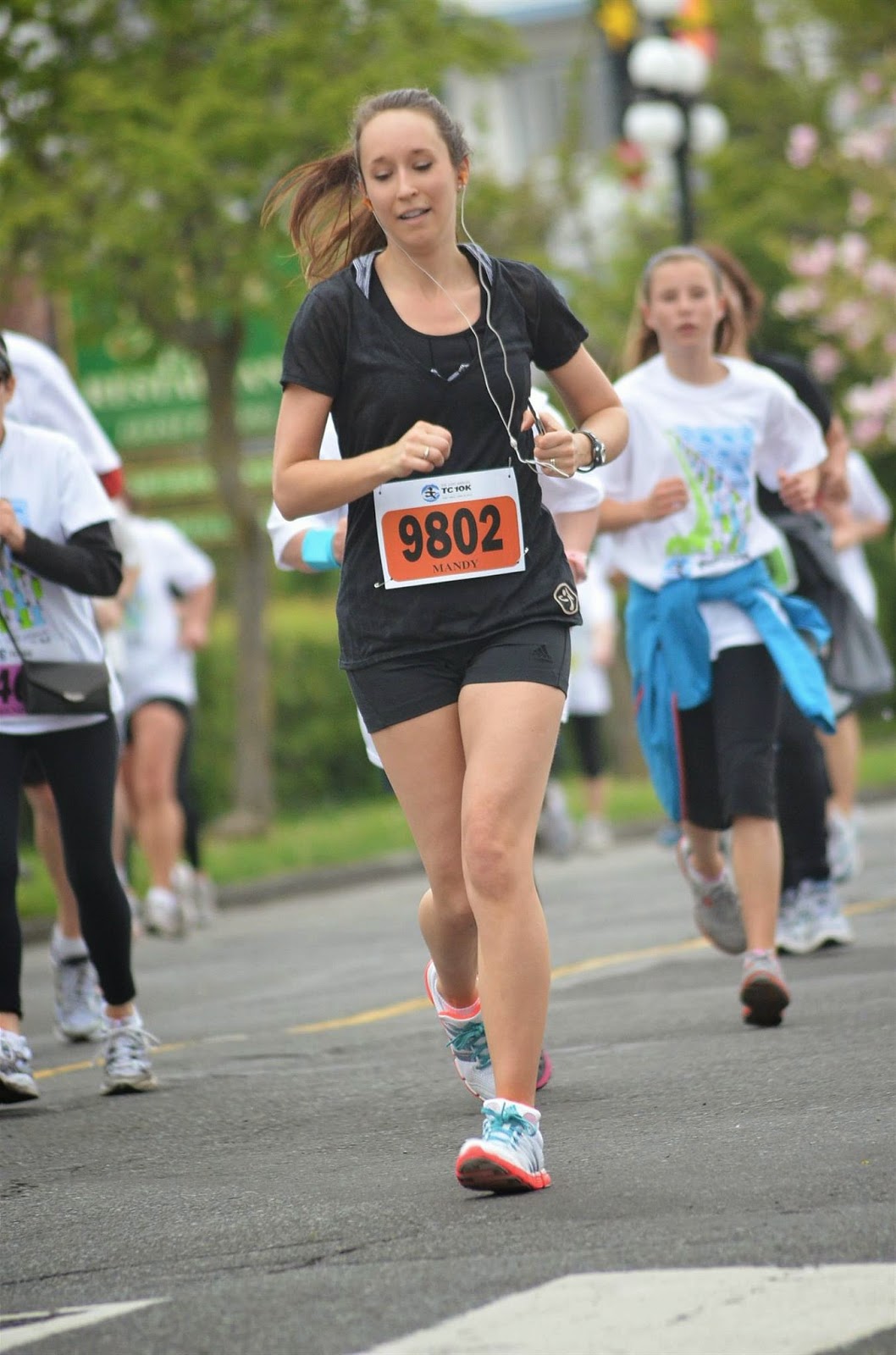 My first 10K run in 2012
I have Tod to thank for my dramatic life change. Tod pushed me in the right direction and helped me through it. I needed to know I was still loved and adored, even when I didn't have a drink in my hand. For some reason alcohol brought out a side of me who I liked more. But I needed to find that in myself being sober and I did, with Tod's help and unconditional love. I know that my friend and family also helped. They all know we don't drink alcohol and are very supportive. I even told everyone at my grad reunion that I don't drink. We are clean, happy people enjoying this sober life.
Everyone should be happy and proud if they kick drinking out of their life. Trust me! Your life will be a million times better without the booze. It's so acidic and harmful to the body, mind and soul. Taking baby steps towards sobriety is for winners!
Tweet